What do the elements mean in Eurythmic's "Sweet Dreams?"

The Eurythmics are known for their odd music videos. In the videoclip for their song, Sweet Dreams, there are a few items that have no relation to the song.

Can someone explain the reason as to why there's a cow in the videoclip and that part of it takes place in what looks like a conference room?

The band wrote the song as they were in bad moments of their life. The couple broke up as lovers, but kept on working music and they weren't having much success.

The song Sweet Dreams (are made of this) tells the irony of the situation. 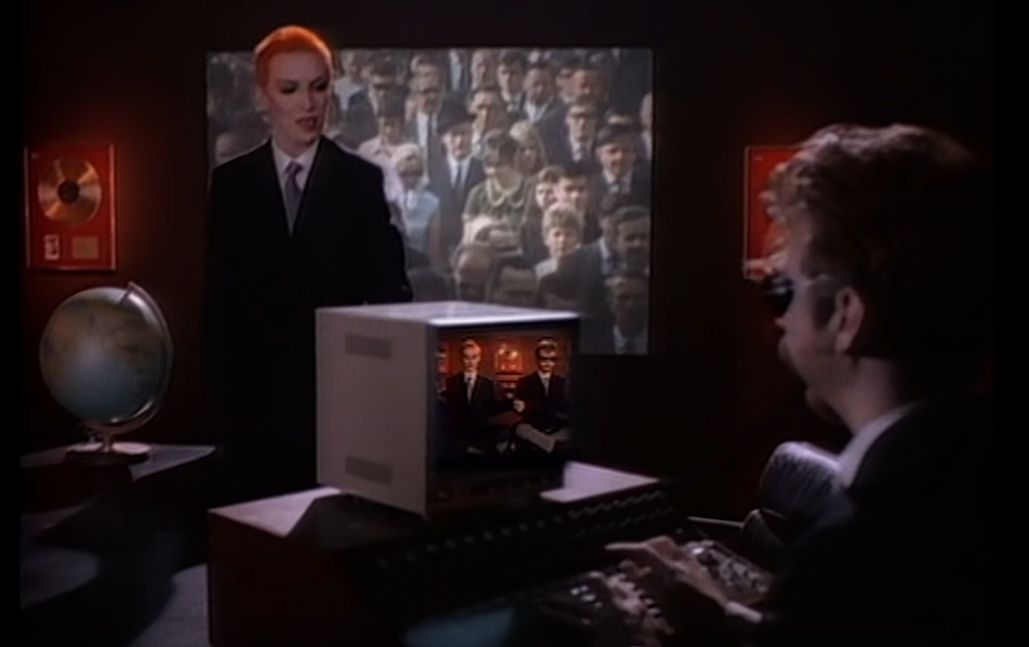 They are working together in a record company boardroom. Annie is the boss, while Dave is the secretary, watching on the screen the couple meditating. I think this is a screen to their past as lovers. Now they are musician co-workers.

Then they are together lying on the table though in a position where love activities can hardly occur. This again is the real present as opposed to the earlier scene where they are in countryside with weird video "dreamy" effects during the solo. 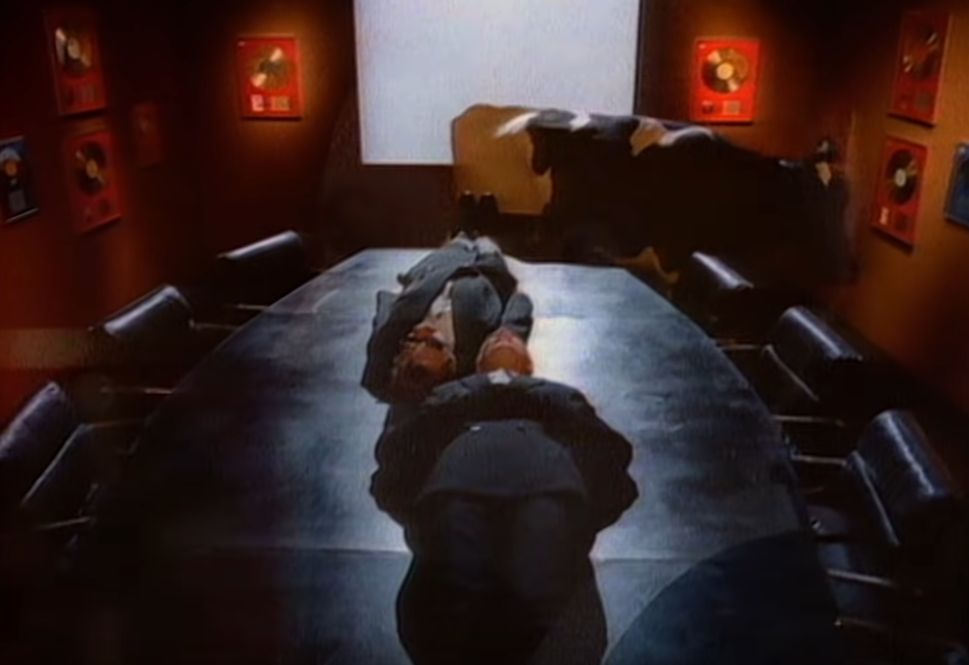 On this interview for the Guardian, Dave Stewards recalls that the Cow was meaning reality as they were lying on the table, sleeping, dreaming. As they were shooting the scene, the animal peed everywhere, so it reminds the reality as piss is part of human real life.

So we mocked up a record-company boardroom in a studio in Wardour Street and put a cow in it, to signify reality. There we were: Annie and I laid flat on a table, and this cow, which was peeing everywhere.