I thought I knew my classical music well until I heard this piece in the 2018 BBC/AMAZON PRIME VIDEO production of Agatha Christie's The ABC Murders with John Malkovich as Poirot. It is a cello and piano piece, possibly a Sonata, definitely in the romantic/neo romantic style. It was played in the very last scene of the drama (3rd episode @53:41). I have tried everything to get the soundtrack list for the whole drama: sent emails to the BBC Productions, Agatha Christie Productions, tweeted the composer of the original soundtrack music (a lady by the name of Isobel Waller-Bridge) and asked for help from our national classical music station in Australia (@abc.classic), but no one bothered to answer!

Please, can you help?

I uploaded to YT the segment where the music is played, https://youtu.be/C-m7Fk6mEfU but it reveals the ending of the whole series so if you have not watched it ....

This is part of the second movement of Franz Schubert's Piano Trio in E-flat major (D.929) arranged for cello and piano (originally for violin, cello and piano). 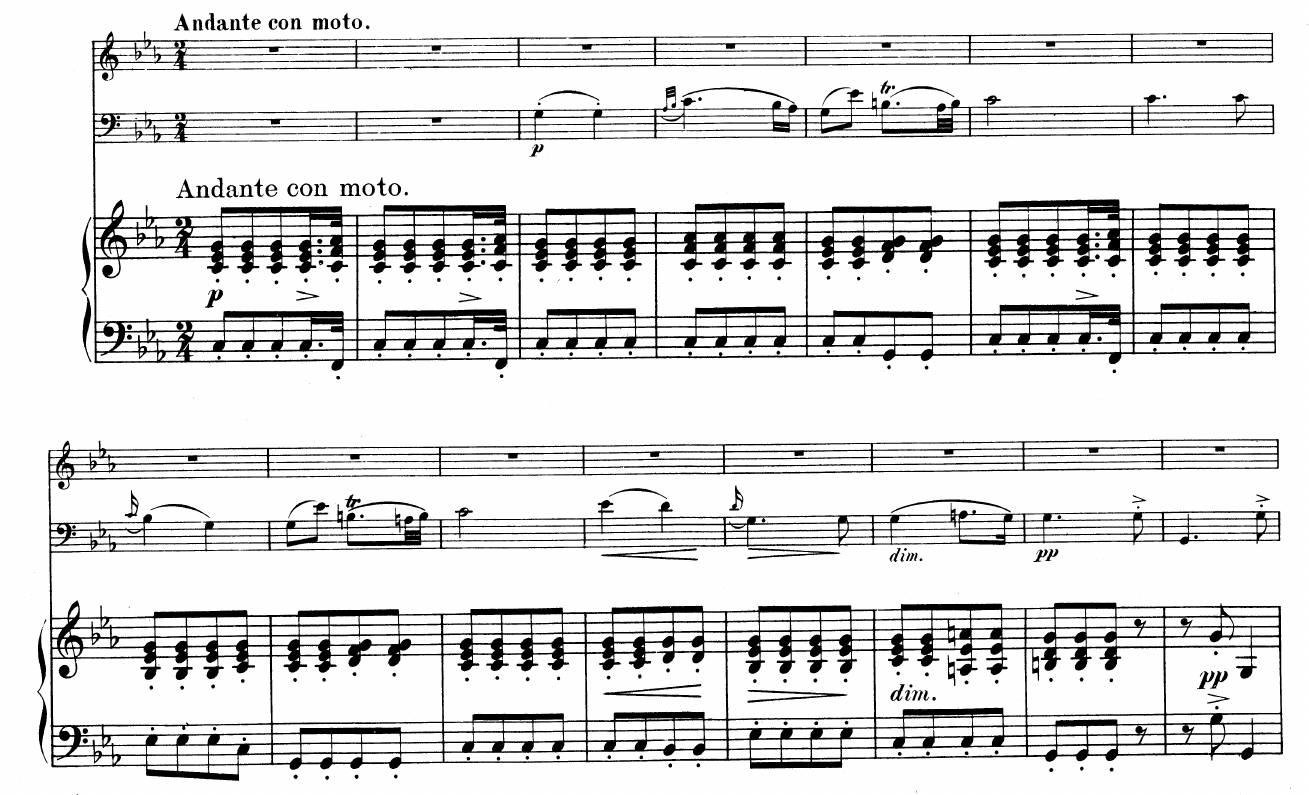 Not the answer you're looking for? Browse other questions tagged classical-music or ask your own question.

1
Classical Piano Piece, could you help me to identify it?