Where did the "rock on" hand sign come from?

A lot of rock musicians use a hand sign to symbolize the concept of "rock on" typically during a performance. The hand symbol is shown below. 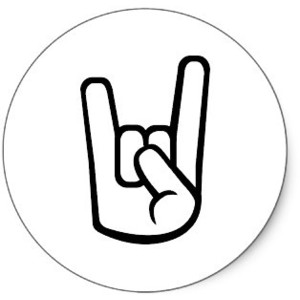 Where did this hand symbol come from and who created it?

It was started by Ronnie James Dio. It originates from an old Italian symbol called a Malocchio, or "Evil Eye". It's all explained pretty well here.

R.J. Dio – "I doubt very much if I would be the first one who ever did that. That's like saying I invented the wheel, I'm sure someone did that at some other point. I think you'd have to say that I made it fashionable. I used it so much and all the time and it had become my trademark until the Britney Spears audience decided to do it as well. So it kind of lost its meaning with that. But it was.... I was in Sabbath at the time. It was a symbol that I thought was reflective of what that band was supposed to be all about. It's NOT the devil's sign like we're here with the devil. It's an Italian thing I got from my Grandmother called the "Malocchio". It's to ward off the Evil Eye or to give the Evil Eye, depending on which way you do it. It's just a symbol but it had magical incantations and attitudes to it and I felt it worked very well with Sabbath. So I became very noted for it and then everybody else started to pick up on it and away it went. But I would never say I take credit for being the first to do it. I say because I did it so much that it became the symbol of rock and roll of some kind."

Its earliest use can be seen in India, as a gesture very commonly used by Gautama Buddha as Karana Mudra which is synonymous with expulsion of demons and removal of obstacles like sickness or negative thoughts.

The same usage can be seen in Italy and Mediterranean culture as well where, when confronted with unfortunate events, or simply when these events are mentioned, the sign of the horns may be given to ward off bad luck. It is also used traditionally to counter or ward off the "evil eye" (malocchio). With fingers down, it is a common apotropaic gesture, by which people seek protection in unlucky situations (It is a more Mediterranean equivalent of knocking on wood). Thus, for example, the President of the Italian Republic, Giovanni Leone, shocked the country when, while in Naples during an outbreak of cholera, he shook the hands of patients with one hand while with the other behind his back he made the corna. This act was well documented by the journalists and photographers who were right behind him, a fact that had escaped President Leone's mind in that moment. In Italy, one can also "touch iron" (tocca ferro) or touch one's nose. Males in Italy and some other countries may grab their testicles when confronted by bad luck; however, this is considered more vulgar.

In Peru one says contra (against). In the Dominican Republic the expression is zafa, said against curses known as fukú. All of these gestures are meant to conjure supernatural protection. 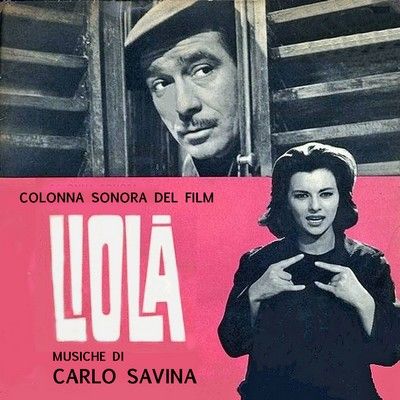 Not the answer you're looking for? Browse other questions tagged history rock or ask your own question.

25
Who influenced The Beatles?
5
Who would have been the "US" Beatles if the "UK" Beatles hadn't come along, in an alternative universe?
9
When was the first use of broadcast or live performance where singers lip synched?
4
A song from my memories - industrial rock
3
What was The Grand Tour?
4
Why is Kenny G so hated among jazz musicians? Are there objective reasons behind the hate?
1
Where does the "ta-da" sting come from?
2
Have any rock bands risked their lives or done anything extreme to achieve a tone?