What happened to the heads from the front cover of The Division Bell?

Steel head sculptures were used for the CD release of the album The Division Bell, and stone sculptures appeared on the cassette artwork.

Can you still see them anywhere?

The metallic sculptures will be on display at The Pink Floyd Exhibition: Their Mortal Remains, beginning May 13th at London's V&A (Victoria and Albert Museum). They were loaded into the museum two days ago.

Update: As noted in the comments and the other answer, they are no longer located at the Rock and Roll Hall of Fame.

The original metallic sculptures from Pink Floyd's The Division Bell album cover are currently on display at the Rock and Roll Hall of Fame in Cleveland, Ohio.

Prior to their transport to America, the heads were stored in a warehouse in Bedford, England. These heads stand about 8 feet high.

As you noted, there were also stone sculptures created, similar to the metallic sculptures, which were used for some versions of the album cover. The stone heads were apparently quite a bit taller, at about 7.5 meters (Source). I haven't been able to find any information on the whereabouts of the stone sculptures.

Update: As noted in the other answer, they will be will be on display at The Pink Floyd Exhibition: Their Mortal Remains.

They are on the roof of the Warner bros building in Wright's Lane Kensington. You can just see the top of them from the road. I used to work there. They were brought from the Manchester square building before it was demolished. I took a photo of them just before I left in 2015 so assume they are still there. Shame they are hidden away and not available to be viewed. You could ask at the side door as you can get to them easily enough in the lift. On the CD cover they are photographed in front of Ely Cathedral. 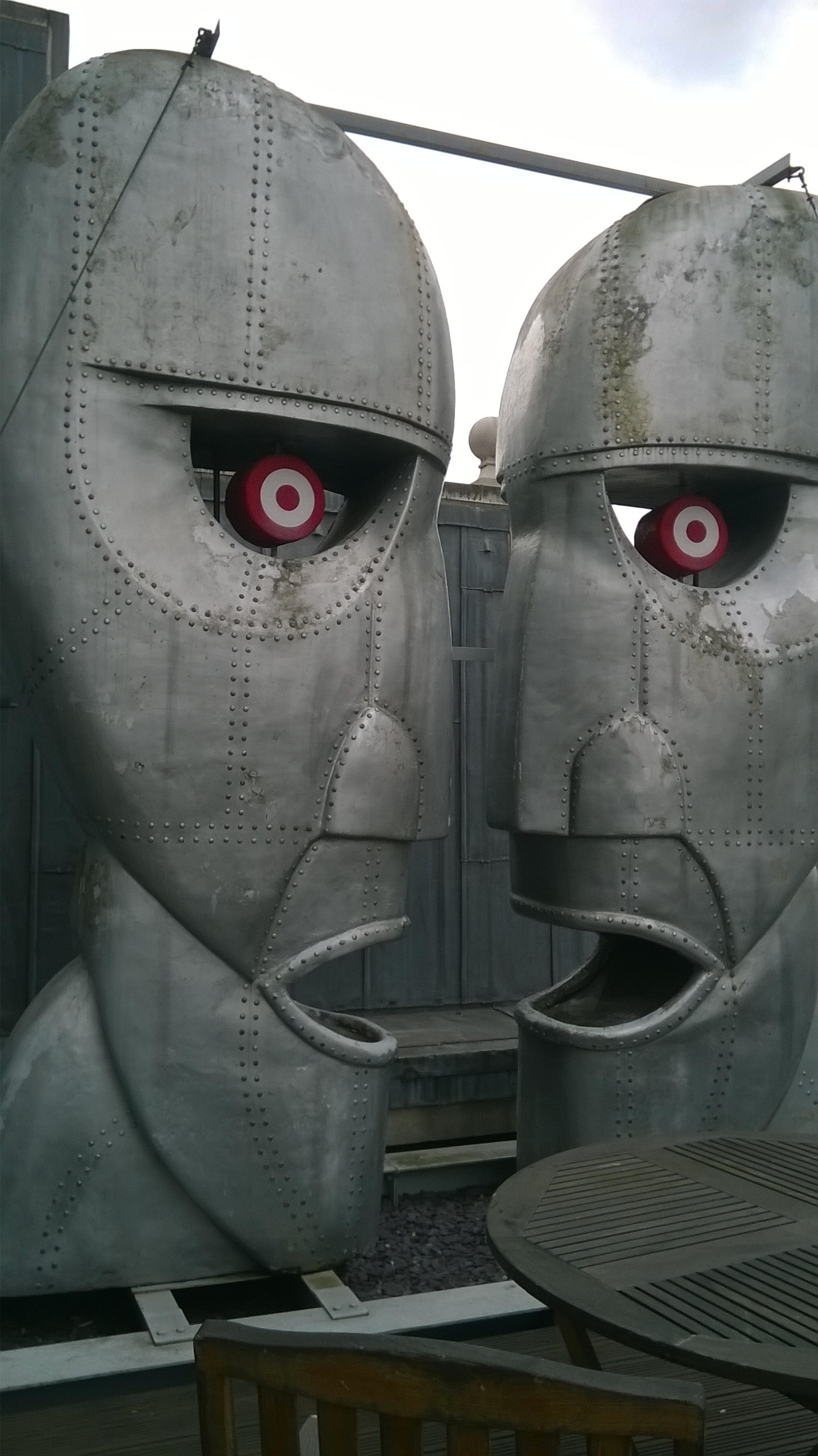 16
Pictures from the recording of Pink Floyd's On the run
35
What does 'The Dark Side of the Moon' mean?
16
What do the symbols mean on Led Zeppelins iconic fourth album?
2
Cover art of Karma to Burn's Almost Heathen
5
What is on the Thelonious Monk "Straight, No Chaser" album cover art?
5
Jethro Tull - Thick as a Brick with black band logo instead of a red one
1
Who made the cover art for this album?
2
One-colour album cover with nothing else that one colour (no writings, no shades)?
1
Ravel's "Sheherazade" by Boulez & von Otter; official title on side of cd