What was the first “supergroup”?

A music group whose members are already successful as solo artists or as part of other groups or well known in other musical professions.

It also states that "[the term is] usually used in the context of rock and pop music..."

So what was the first "supergroup"

Although @WheatWilliams great answer has probably answered the question satisfactorily, I figured I'd add in my two cents for rock and jazz supergroups.

Using the "History" section of the Wikipedia page you linked to and quoted as a source, Rolling Stone editor Jann Wenner credits Cream as the first supergroup. However, I think it's easy to argue against that, as the band that Jack Bruce and Ginger Baker were in before Cream, The Graham Bond Organization, didn't seem to have any chart singles or albums, and if that's what makes a group "successful", that would mean that the band wasn't successful. Though Clapton did achieve success with the Yardbirds, I think this excludes Cream using your definition.

Moving on to Wikipedia's list of musical supergroups, which seems to contain mostly "rock" groups, the first "supergroup" listed chronologically is The Steampacket (1965). However, I think they're only listed due to the presence of Rod Stewart (who wasn't really well known yet) in the band, and it should be noted that they didn't even release any albums while they were together; they operated as a live act only. Some of the members achieved great success after the breakup of the short-lived The Steampacket, but it doesn't seem like any of the members achieved much success with their previous groups, so I think this excludes The Steampacket as well.

With the first two alleged "supergroups" crossed off the list, this brings us to Crosby, Stills & Nash, the members of which were all in successful groups, each currently in the Rock & Roll Hall of Fame, before coming together as a trio in 1968.

I'd be inclined to say that Crosby, Stills & Nash was the first rock supergroup.

As @WheatWilliams stated, it's difficult to pin down the first jazz supergroup, since group membership would change frequently and its improvisational nature allowed for albums to be recorded within a few days. That having been said, the general path towards success for most jazz musicians was to join with an already well-known bandleader, and after finding success with them, set out on their own to form their own group. This means that all previously successful musicians rarely came together for recordings or performances, and when they did it was usually reunions of groups at Festivals after most or all members had achieved success on their own as bandleaders.

So with the caveats out of the way, the first Jazz supergroup that I've been able to find, fitting the definition of all members having been successful before joining together, is The Quintet. Though they only performed together once, on May 15, 1953, the live album resulting from that performance, Jazz at Massey Hall, has been inducted into the Grammy Hall Of Fame and is in NPR's "Basic Jazz Library". The five members of The Quintet:

Gillespie and Parker were bebop pioneers and are widely considered two of the greatest and most influential jazz musicians at their respective instruments. Mingus had already attained success recording and performing with Duke Ellington and Parker and had co-founded Debut Records with Roach the year earlier. Roach had drummed for Miles Davis on Birth Of The Cool, Coleman Hawkins on Body And Soul, and many, many others before hooking up with the quintet. And finally, Powell had played with Parker before and already had a successful tenure as a bandleader before recording with The Quintet.

Though I wouldn't be surprised if there were supergroups formed earlier than The Quintet, for now I'll deem them the first jazz supergroup.

The same Wikipedia article that you cite states that the term "supergroup" was coined by journalist Jann Wenner in Rolling Stone Magazine in 1969, in reference to the group Cream, which was formed in 1966. Cream of course pre-dated Blind Faith by three years, as Blind Faith was formed from the breakup of Cream.

So since the term supergroup was coined by a famous rock music journalist in 1969, I think the term is best applied only from 1969 forward, and generally in the context of commercial, popular music. If you get outside of that, then you are trying to apply a 1969 rock music term to musical groups to which this made-up term was never actually applied by anybody.

But if you want to talk about a musical group using the generally-accepted definition that it refers to a group which consists of musicians recognized as well-respected virtuosos with reputations that preceded them before they joined the group, then the earliest example in music history that I can think of is the Court Orchestra of Mannheim, Germany, formed in 1720 and active for another 60 or 70 years.

The Florentine Camerata which formed in 1573. They were not a performing group per se, but rather a meeting of composers and performers who networked together to produce a great deal of tremendously influential music.

Les Six in Paris in 1920, who published an album of sheet music (there was no other kind of album one could publish in 1920, as mass-produced recordings had not appeared yet.)

If you look to the USA in the jazz era, and applied Jann Wenner's definition, practically every major record album or single recording you could name, going back to the late 1920s, featured a different supergroup -- since membership in jazz groups changed very frequently due to the improvisational nature of the music and the lack of financial means to keep groups together very long. Get together a group of musicians who are all previously well-known as famous virtuosos, record an album in a day or two or three, voilà, a supergroup. This could certainly be applied to the group performing on Miles Davis' album Kind of Blue (1959), for example, but also many others before and since.

This subject of how, who, and especially when the first super group came to be has been debated 🤔 in internet forums for a long time usually by people who didn't live & breathe music in the late '60's & early'70's. For the hard-core rock fans who grew up during The Beatles, Stones, Monterey Pop Festival, Woodstock, Grand Funk, Zeppelin, & Cream we know the term was created beginning with a LIFE magazine 10/24/69 article about Blind Faith.

Years later Rolling Stone publisher Jenn Wenner wrote an article designating Cream as the first super group but the term super group hadn't even been created yet. The hoopla surrounding the birth of Blind Faith was unparalleled! Not since the Beatles had LIFE given so much attention to a rock band.

One bit of trivia most people aren't aware of is at some point Cream were considering Stevie Winwood to be added to the band on keyboards & vocals. Full disclosure: I've been a hard-core Crean fan since 11 years old. I attended all of the reunion shows at Royal Albert Hall & Madison Sq Garden. Of the sevens shows the 3rd show in London was the best.

I'm going off topic here but watch this clip I put together. Video slides from the RAH reunion DVD starting after we rushed the stage at that 3rd show after "Toad" and before they took the encore break. Audio is from Cream's most dark & psychedelic version of "Toad", off a bootleg recording in '67 at Detroit's Grande' Ballroom. 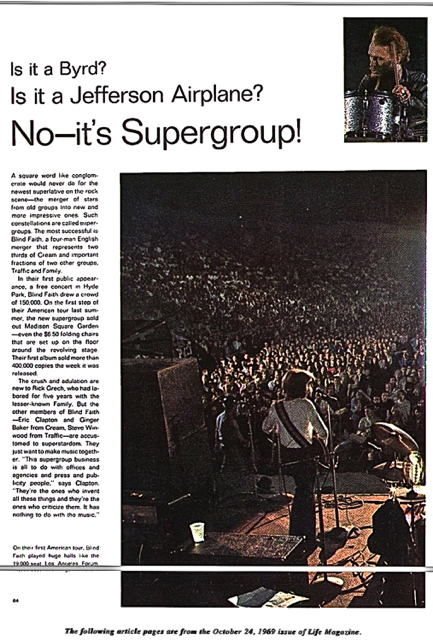 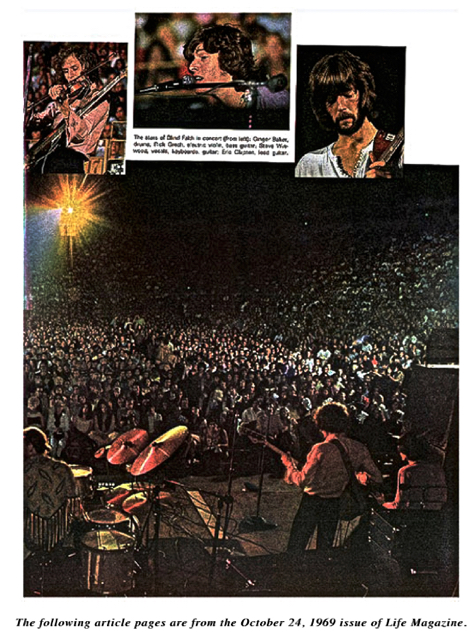 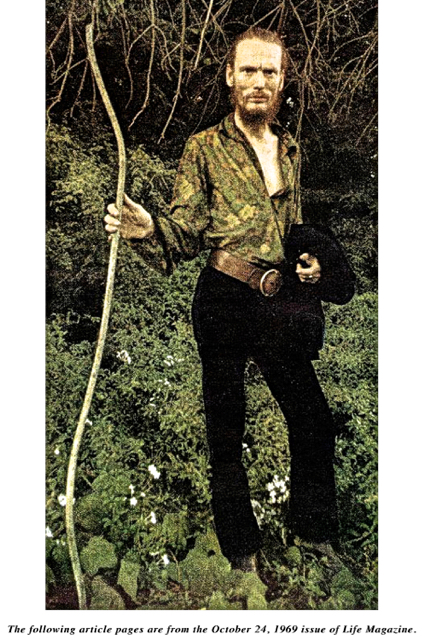 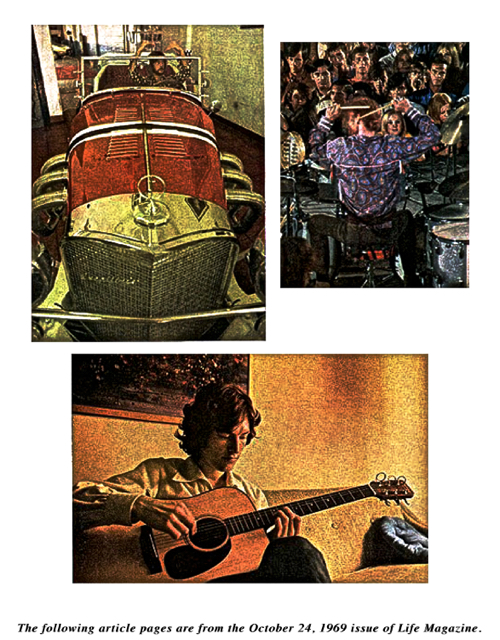 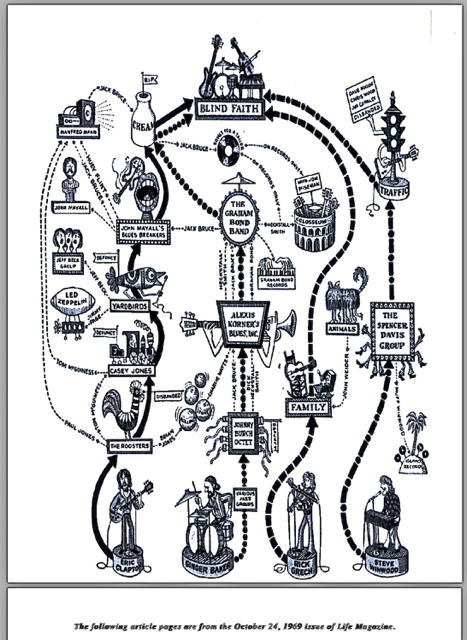 Blind Faith were an English blues rock band, composed of Eric Clapton, Ginger Baker, Steve Winwood, and Ric Grech. The band, which was one of the first "super-groups", released their only album, Blind Faith, in August 1969. Members mainly came from Cream, and Traffic. They only produced one album. The cover was an issue at the time due to the nudity and reported age of the model. The Lp was released in Europe with a brown bag covering the controversy. In the USA the picture was not used at all. A sepia tone picture of the group was used instead. It has bee a long time hope this is accurate.

13
What was the first vinyl record ever pressed?
13
What was the first track to be sold through Internet?
9
What was the first band considered to be punk?
2
Which works were the basis of J. G. Walther's organ transcriptions of concertos?
7
When was blues first called “the Devil's music”?
2
Why did Guillaume de Machaut believe that “in my end is my beginning, and in my beginning”?
3
How has popular music singing evolved over the past 70 years to where it is now?
4
Other than the electric guitar, which plucked chordophones (guitar-like instruments) originated in the United States?