Back in high school I was a huge fan of Dirty and their music video Hit Da Floe, which contained a skit titled "Who Stol' the 'Lac?".

The music video explored 4 suspects in the theft of Big Pimp and Mr. G-Stacka's Cadillac. 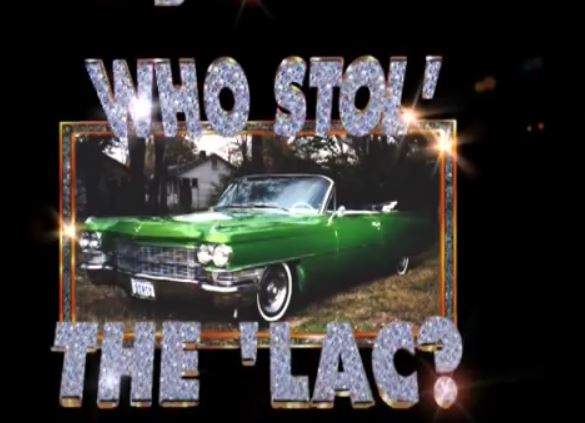 At the end of the music video the pimp and the G enter a residence which seems to reveal the answer, but we are not shown whatever is being revealed and instead are shown a message saying "To Be Continued...".

I've been anxiously awaiting the answer for 16 years. So -- who stol' the 'lac??

Browse other questions tagged music-video or ask your own question.

12
Who are those famous looking people in the video of Pink Floyd's brain damage?
7
Explanation of R.E.M.'s “It's the End of the World” video
3
Who are the dignitaries representing in the DJ Shadow / Run the Jewels 'Nobody Speak' video
5
What is the name of the musical instrument being played on the video? and we hear usually in churches?
1
Who are this 3 Judges in parody video of Bon Appétit?
4
Who was the guy in the B-52's video “Roam”?
0
Who is the woman dancing in Wiz Khalifa's music video KK?