Explanation of R.E.M.'s “It's the End of the World” video

R.E.M.'s song "It's the End of the World as We Know It (And I Feel Fine)" was very catchy and appeared in the beginning of the original Independence Day movie, which I believe was mutually beneficial in terms of making both the song and movie very famous.

The video was interesting, but, as with a lot of R.E.M. videos, highly artistic and difficult for someone like me to understand.

The video was basically of a young, very thin, somewhat effeminate homeowner of about 12 - 14 years of age. He and his dog were in a small, rural, dilapidated house filled with garbage / junk.

The video went back and forth between showing him playing with toys he found in the junk and him posing for the camera with a photo of one of his ancestors or a skateboard. 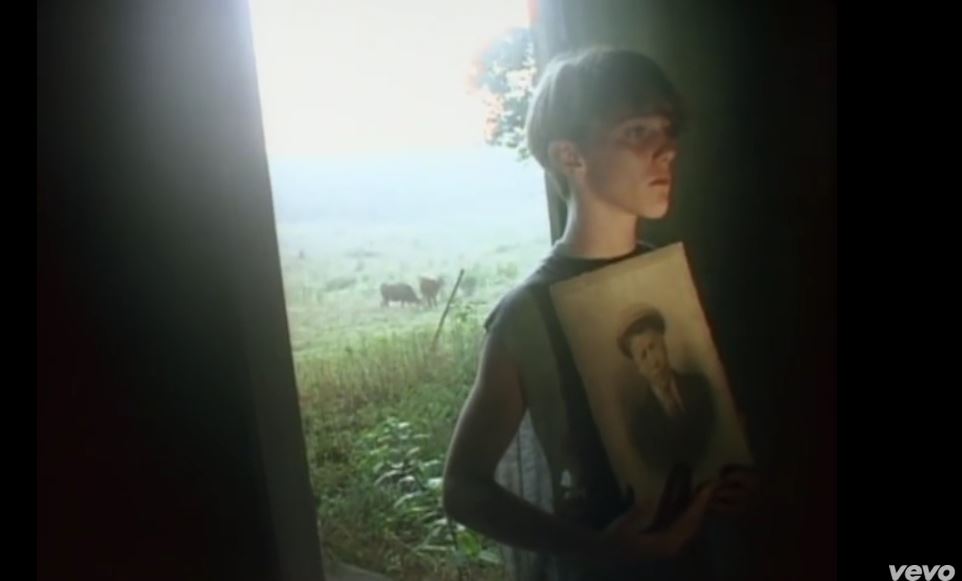 I'm at a complete loss as to what the video had to do with the song and what the intent of the video was in general.

There is a lot of REM history and symbolism in the stuff the kid rifles through. The fedora on the couch is also the logo for the band's label at the time, IRS records. The kid holds up a Superman poster, one of the band's popular songs from a previous album. The old REM posters are pretty obvious. I know a lot of people theorize the trash is commentary on a throw-away society and goes right along with the lyrics being all about past history. In 1987 skateboarding was a big symbol of counter-culture and so as the kid does hand-plants to close out the video and then looks out over the fields into open spaces, it really symbolizes something new and youthful now that "it's the end of the world as we know it." Contrast that with discarded football, a traditional sport built on a different mindset. I am sure if the hardcore REM dissected it, they'd find a lot more.

Noah Ray, the kid featured in the video, explains:

"The only thing in the beginning that I was really made aware of was that [director] Jim [Herbert] had seen some kind of TV special on dream therapy, and there was a child who had lost a brother in Vietnam who kept having a dream where he was holding his brother's picture in an old house," Ray said. "He'd give me guidelines, like telling me to rifle through stuff - not like a director in a movie sense. He just wanted to get me in front of the camera, and then focus on images. Most of it was people making suggestions, like 'Oh, yeah, this would be cool.'"

9
Why does the actor commit suicide at the end of the video to “You're Beautiful”?
1
Video with Beyonce, students dancing at the canteen
6
What is the name of the musical instrument shown on the video?
6
Can you identify the song from this video frame?
6
Why was “Video Killed the Radio Star” picked as the first song on MTV?
5
What is the name of the musical instrument being played on the video? and we hear usually in churches?
3
Why does Nancy Sinatra roll off stage at the end of “Bang Bang”?
4
Who was the guy in the B-52's video “Roam”?
2
Where was this “Recovery” Music Video shot?