Why is Pink Floyd sometimes called "The" Pink Floyd?

On some Pink Floyd record labels, the band is referred to as The Pink Floyd.

On a Mexican release: 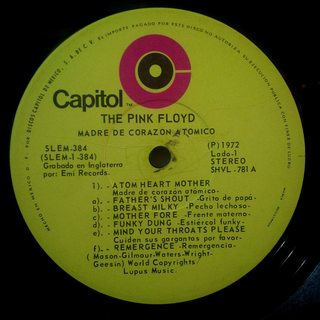 On a Brazilian release: 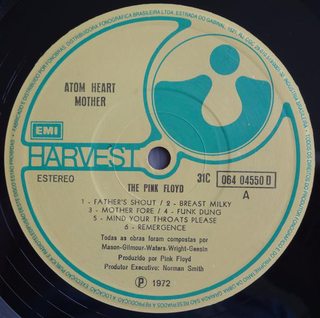 I didn't include all the occurrences, but it seems to happen in Latin speaking countries... is there a reason for this?

If you look at the band's early history, Pink Floyd was originally called "the Pink Floyd Sound" until some time in 1966 when one of their manager's, Peter Jenner, suggested that they drop "Sound" from their name to become "the Pink Floyd". And if you look at the covers of their first few singles ("Arnold Layne", "See Emily Play", "Apples And Oranges", all from 1967) the band is listed as "The Pink Floyd" on all of them, including those released in the UK and other English speaking countries. It wasn't until 1968 with the release of their single "It Would Be So Nice" that they were listed as "Pink Floyd", though their album The Piper at the Gates of Dawn was released under the "Pink Floyd" name.

I should note though that they're not the only artist whose named varied between having a "The" and no "The" between the releases:

16
Pictures from the recording of Pink Floyd's On the run
35
What does 'The Dark Side of the Moon' mean?
10
Which album's inside cover featured a policeman running after the band on a motorcycle?
16
What do the symbols mean on Led Zeppelins iconic fourth album?
4
Bands similar to Pink Floyd
16
Did Pink Floyd ever have five simultaneous members?
1
Identify musical element reminiscent of Pink Floyd
4
Does Pink Floyd really start a supremacist/hate rally in The Wall?
2
Strange Pink Floyd's "The Wall" album with round sticker
1
When exactly did Mason sing for Pink Floyd?