Why did Paul and George often share the same mic?

As I was looking at Beatles old live performances, I noticed that Paul and George are often singing in the same microphone : 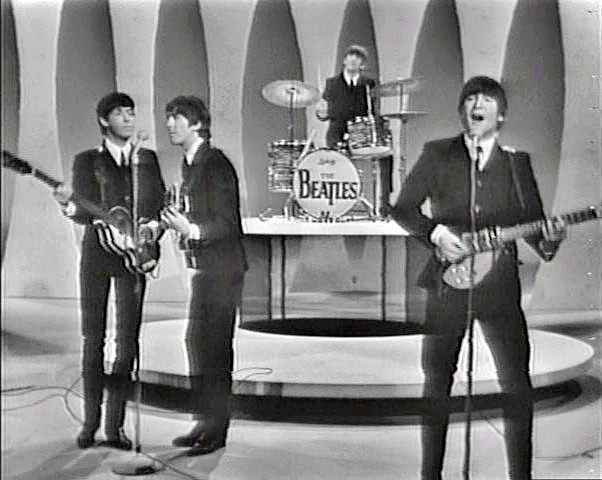 The awesomeness of this setup also comes from the fact that Paul is left handed so it matches well with George.

Is there another reason from that? Was it technical limitations from that time (maybe they didn't have enough microphones or mixing tables inputs were limited...?).

I've found a bunch of other different combinations of microphone sharing between the Beatles. Here's George and John: 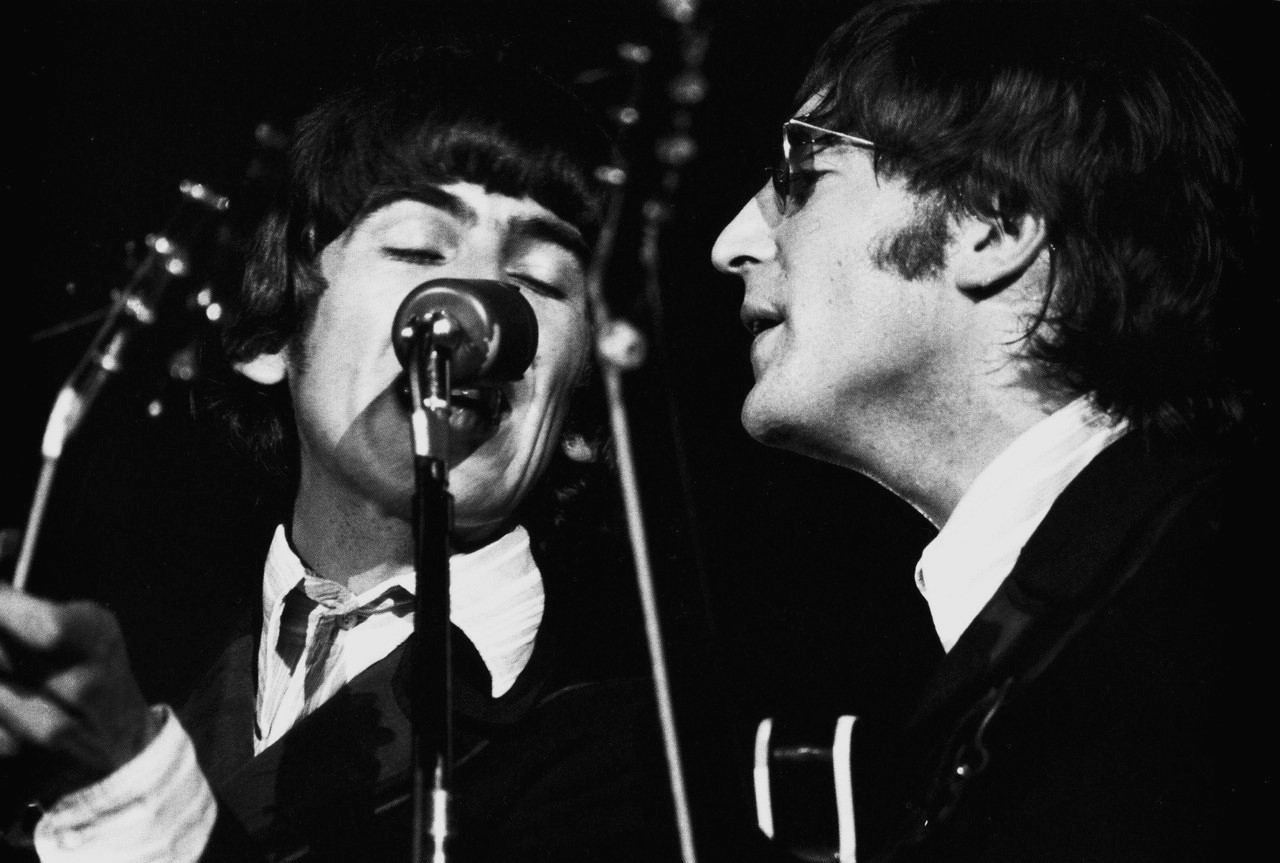 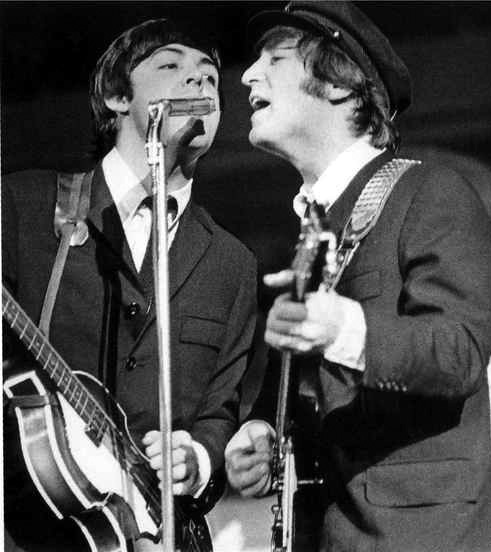 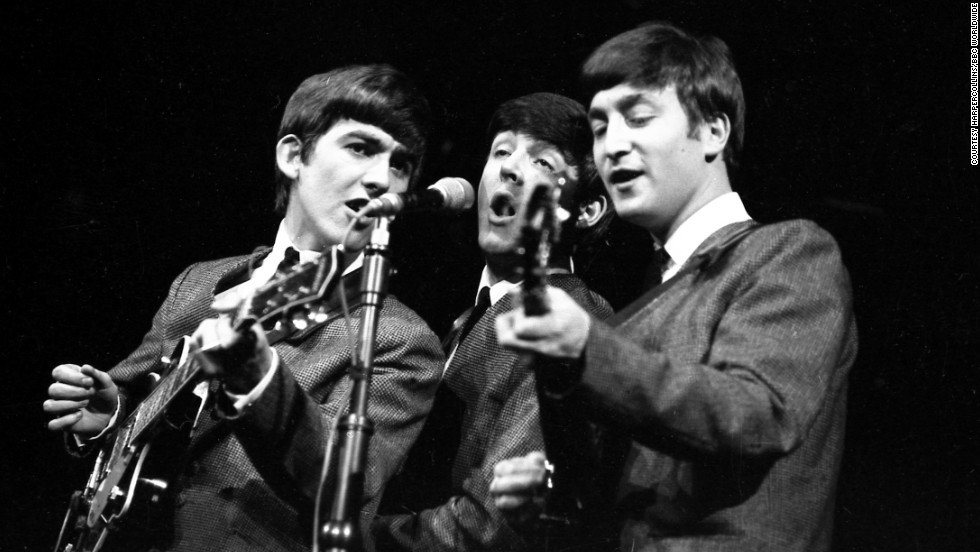 Here's Paul and Ringo (though obviously this is a little more recent): 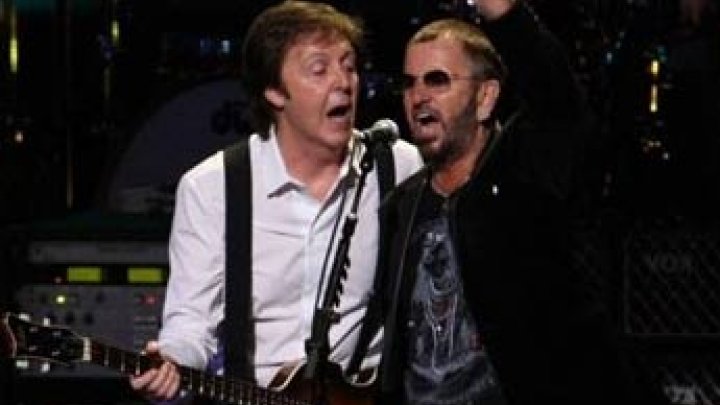 A Google Image search of "Beatles sharing microphones" doesn't seem to turn up photos of George and Paul any more frequently than John and Paul, though photos of all three and of George and John are both less frequent.

I also found a few forum posts asking the same question, and a variety of potential answers (along with bad puns and off-topic arguing, because, you know, they're forums) was offered, including:

According to Ringo Starr, it's the first one:

John and Paul always sang into the same microphone when they did harmonies, and if George was singing he'd be on the same mic too. And that’s why the harmonies are so great because they’re close to each other and they can hear each other.

I should note that Ringo could be talking about singing in the studio, rather than live. However, a lot of well known artists implement/have implemented microphone sharing when performing live, whether occasionally or frequently, like:

My theory is that being fans of the Everly Brothers the Beatles liked the look of the two guys singing into the same mike. Then again in the old days without fold-back monitors, it would help when singing harmonies. 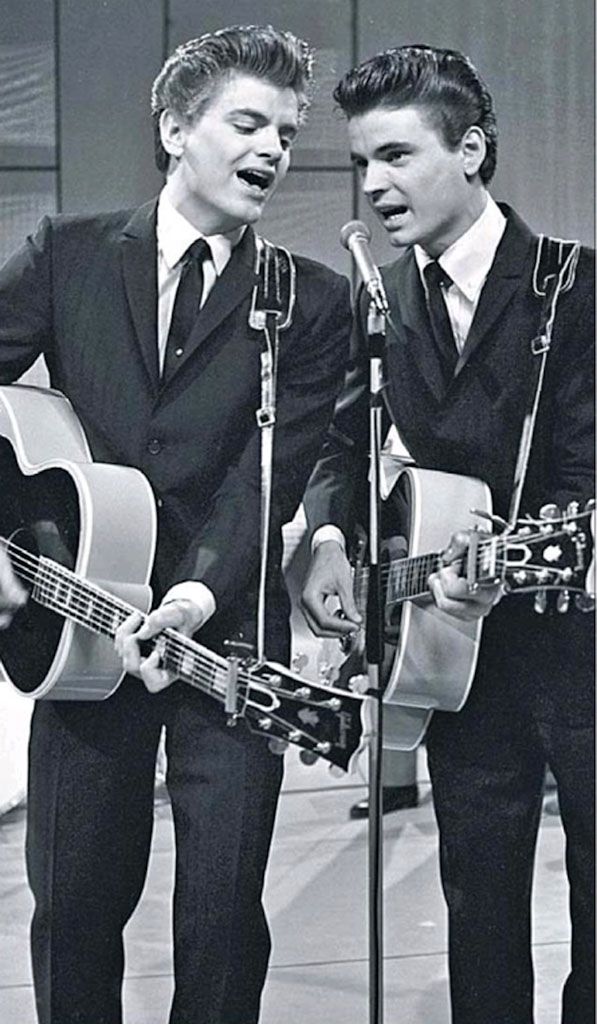 I believe perhaps John exercised his authority as Leader of the group early-on & demanded his own mic setup. He looks authoritative in this setup, such as on the Ed Sullivan Show.

Not the answer you're looking for? Browse other questions tagged live-music the-beatles or ask your own question.

3
Why do Desmond and Molly Jones switch roles in the repeated final verse of Ob-La-Di Ob-La-Da?