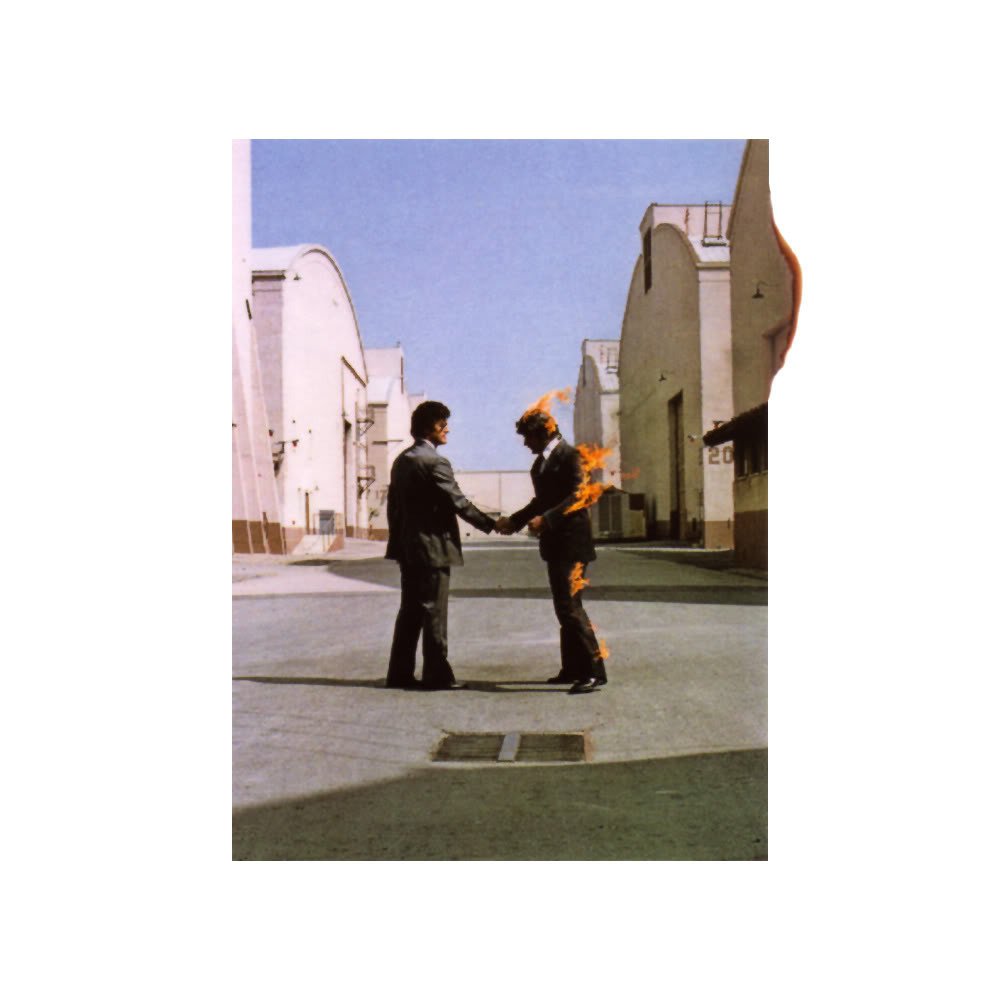 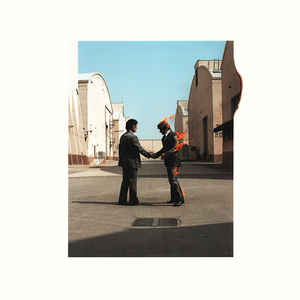 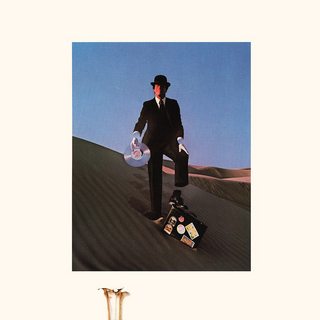 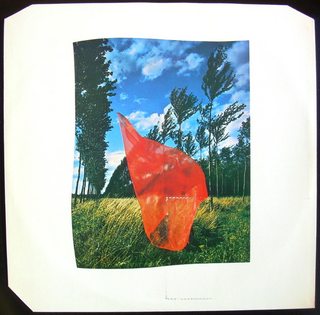 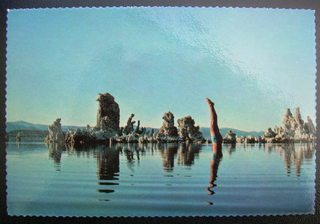 Think the guy on fire is supposed to be Syd Barrett who is credited for starting the band and Roger Waters is standing in his shadow, almost like all of Water’s creative, introspective, wise rhymes he made came from something that caused him great pain. Syd is trying to carry on “normally” in the businessy “real” world while his schizophrenia is burning him alive. I think the whole album is about Syd, wishing he was here -mentally and physically- with the band. I read the schizophrenia (that Syd believed he had, though never clinically diagnosed) modified the way he walked, always on his toes. Syd has his back turned to the sun while Roger is looking right at it with Syd in the way.

I think it’s a man following in his fathers footsteps but his fathers dead and gone. This is a dream and the man knows that his father is probably burning in hell for all the things that he has done, but he loves his father, and he more than anything wishes he was there to shake his hand and be proud of him…

graygray
1
1
Add a comment  |
Highly active question. Earn 10 reputation (not counting the association bonus) in order to answer this question. The reputation requirement helps protect this question from spam and non-answer activity.

35
What does 'The Dark Side of the Moon' mean?
18
What happened to the heads from the front cover of The Division Bell?
10
“Love Beach” by Emerson, Lake & Palmer: considered as serious release?
5
Instrumental music meanings
4
Does Pink Floyd really start a supremacist/hate rally in The Wall?
2
Strange Pink Floyd's "The Wall" album with round sticker
2
One-colour album cover with nothing else that one colour (no writings, no shades)?