there is this song which had animated or anime video. A guy goes into a bar and there is this beautiful girl with long hair and big breast. and later her hair turns into snake like medusa. it has a rock song I think released anywhere after 2010. was really famous on vh1. please help

The description fits Bad Rain by Slash. There's a an animated music video with a guy going into a bar 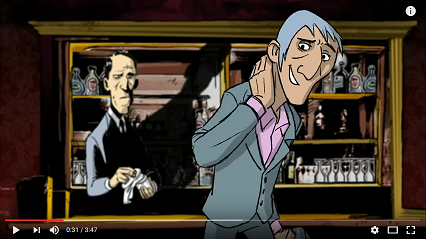 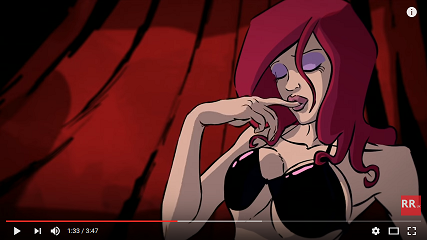 And she's later releasing a snake from a tattoo on her back (this part differs a bit from description as her hair doesn't actually transform; still a snake is a snake): 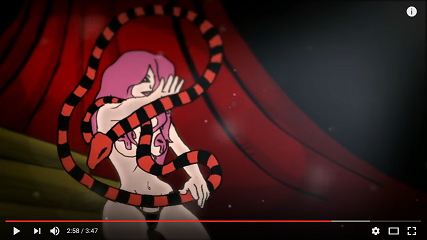 The video was released in 2012 and Slash is obviously a rock performer.

Link to a music video.

Not sure about vh1 bit since I've never watched this channel.

Not the answer you're looking for? Browse other questions tagged identify-this-song rock identify-this-video or ask your own question.

5
VH1 animated video with ghosts, a little girl and a big wave
1
Video: Ballerina in love triangle with car mechanic and producer
0
Song about stars, long piano intro, rap
2
Looking for song featured in Party Scene on the TV Series, Felicity (S1, E3)
2
Classic 70s or 80s Love Song
0
Music video with video from the 60s to 90s with animated drawings (robots …) on top, hiphop/funky?
0
Music video with a girl and a mud monster