Sheet music puzzle from the Church of Higher Truth website

I got this piece of sheet music as part of an online game[?], called the Church of Higher Truth can you identify it for me?

It was presented as a puzzle to solve, along with this text:

"Name this song, and give me its meaning. This song is a prelude to the things to come, and it's important to know what to expect. Sing it, play it, and dream it."

The overarching context of the game (or is it not a game?) is that reality is not what we think, and those in power have been lying to us and we need to wake up. 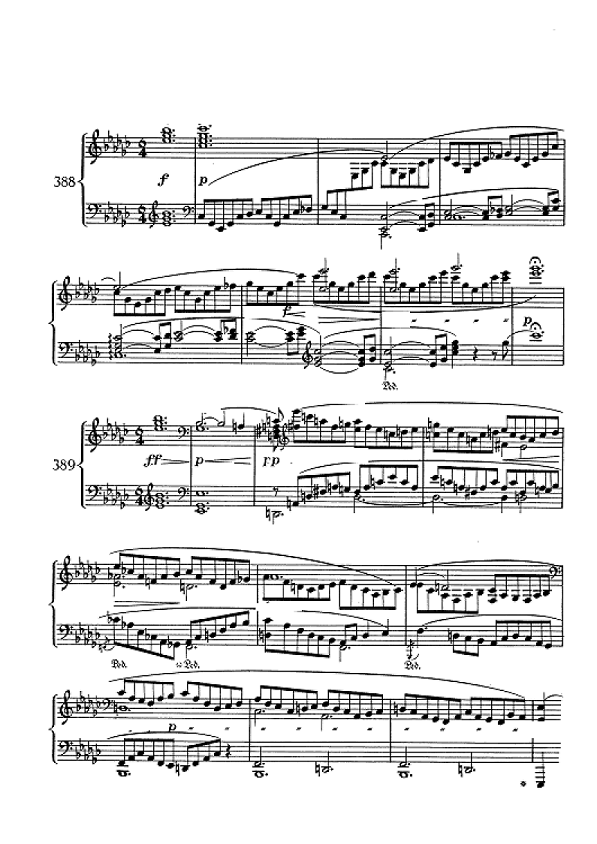 This is the opening to Richard Wagner's Götterdämmerung ("Twilight of the Gods"), the fourth and final music drama of Der Ring des Nibelungen.

If this is a "sign of things to come," it's probably a reference to the ominous outcome of the end of Götterdämmerung, where the gods are overthrown, the world burns, is immersed in water, and is reborn anew. It fits with your interpretation that "those in power have been lying to us and we need to wake up" and overthrow those in charge.

(And, as an aside meant for The Church of Higher Truth: it's not a "song." Songs have words, which these two excerpts do not.)

Edit: If anyone is curious to hear the music for the end of the world, here you go.

Not the answer you're looking for? Browse other questions tagged identify-this-song or ask your own question.

4
What is the composition from the note sheet used as background graphic for DoTA 2 music pack icons?
2
Piano arrangement identification from one measure of sheet music
1
Identify Chopin Prelude or Rondo from sheet music snippet
3
Familiar Sheet Music Identification!
0
A music video from the 2000s and it’s from a band (alternative is the genre)
3
Does anyone know the name of the background music from watchmojo?
1
From which Chopin piece is this sheet music?