Jimi Hendrix was left-handed and at the time he started to play the guitar, left-handed ones may have been hard to find, so he strung his guitar upside down. 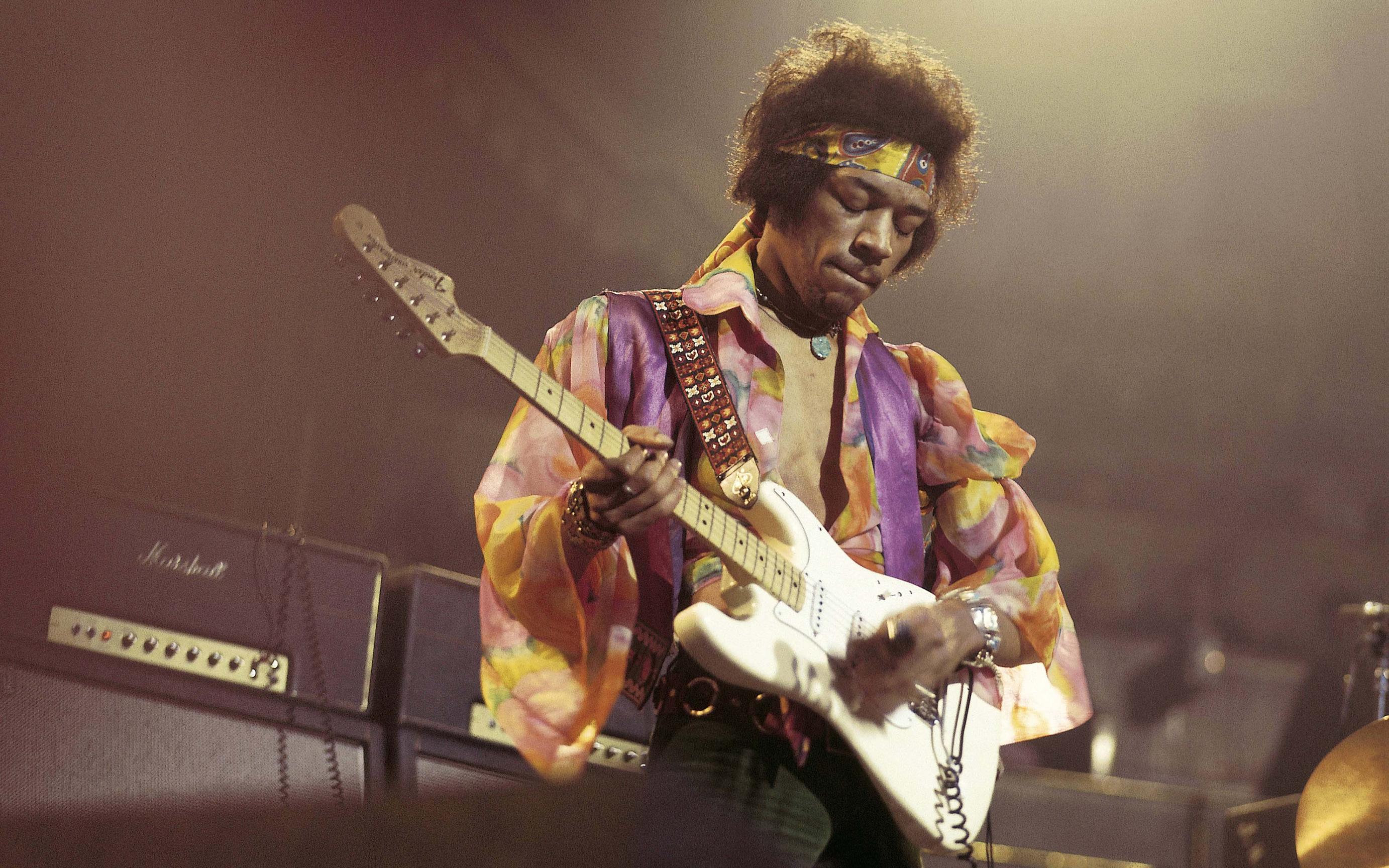 Then, even he became rich enough to have access to any left-handed guitar he wanted, he kept playing on his reverted guitar. Was it just for personal visual style reasons or did it influence his playing, his sound on a way that he wanted to keep it?

The only thing I can see is with a reverted Strat, higher frets are harder to access.

There are many ways it would have affected his sound.

A few points about the interaction of pickups and strings changes.

A couple of points about the upside down body contour.

These two points sound contradictory and one might think they cancel each other out, but in reality it doesn't work like that.

I'll try to explain, however I'm no guitar maker or acoustic engineer so it might be quite technically inaccurate... Let's begin:

As you can see, there are 3 single-coil pickups on a Stratocaster. In this case, each pickup possesses 6 permanent magnetic pole-pieces that are located under each strings. 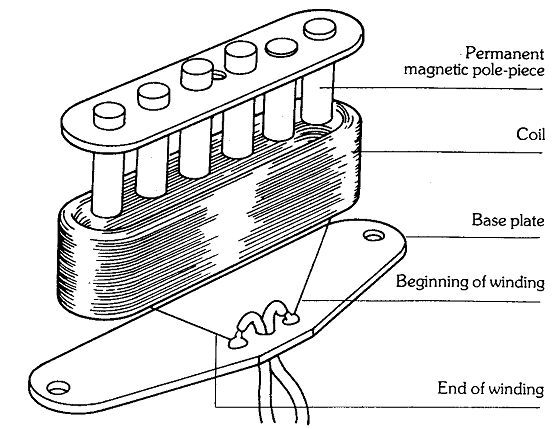 diagram of a single-coil pickup

When a string is vibrating, it creates variations of the magnetic field maintained between the coil and the string thus creating an electric signal sent via the guitar's jack (output).

Now, since every string has a different diameter, each permanent magnetic pole-piece is designed and ajusted (in height for example) specifically for each string. Yet, Hendrix was playing with a right-handed Strat and mounting his string in reverse order so he could play it left-hand. Consequently, each strings on Jimi's guitar were over the wrong permanent magnetic pole-piece, resulting in a slightly modified sound.

I think this is (one of) the reason(s) he kept playing on a reversed right-handed Stratocaster. However, there might be some other personnal reasons he had and that I'm unaware of.

Not the answer you're looking for? Browse other questions tagged sound guitar jimi-hendrix or ask your own question.

22
What gives vinyl records their characteristic sound?
16
What is a "warm" sound?
1
What is the sound from the drops of these songs?
2
Did Jimi Hendrix walk around stage during soundcheck to find feedback 'sweet spots'?
3
About Jimi Hendrix
7
Did Hendrix and Clapton preform together?
2
Why do Ultimate Guitar pro tabs sound artificial?
1
Jimi Hendrix Song Maybe Live or Jamming Session