Rigg's first offical Eddie was used on Maiden's 1980 'Running Free'. In Wall's autobiography, it is said that this was from a design given to Dave Beasley.

Ralph Bakshi released his 'Lord of the Rings' in 1978 and although it wasn't monsterous succes, it had a lot of underground buzz.

Given how close the album is to the film, and that Eddie on 'Running Free' is quite different from later iterations, I realize there may be no connection at all.

That being said, I was wondering if anyone knows if Tolkien/Bakshi's Gollum had any known influence into Eddie's design? 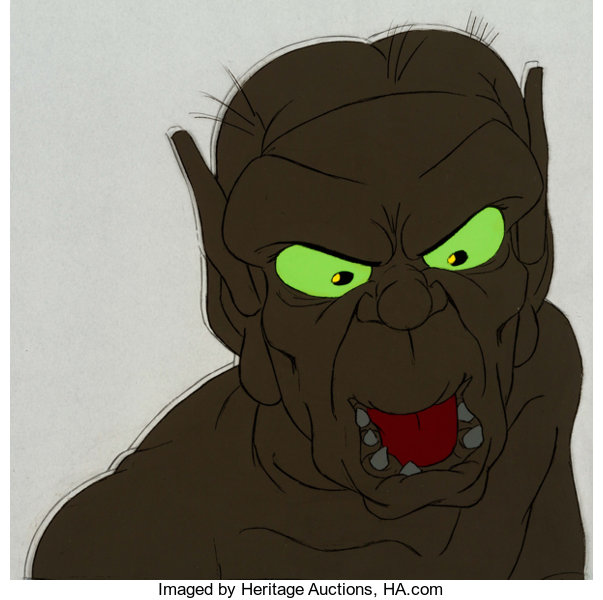 While the Running Free artwork was the first officially released depiction of Eddie, it was not Riggs' first iteration of him. The version of Eddie on the self-titled Iron Maiden album is the original version. It was selected from pre-existing work by Riggs. The depiction of Eddie in the Running Free artwork came afterwards and his face was purposely obscured in shadow so as not to "spoil" Eddie in all his glory on the upcoming album cover.

This original Eddie, while slightly similar, bears less of a resemblance to the Gollum artwork:

Derek Riggs states in the 12 Wasted Years documentary that the inspiration for the original artwork came from the sight of a human head attached to a Vietnamese tank. His statements occur at ~35:45 in the documentary and can be viewed here.

And, that original version of Eddie does more closely resemble typical depictions of decomposing humans (even decades before the Riggs artwork existed):

Obviously, many things inspire and influence artists, so anything is possible. However, a connection between Eddie and this Gollum depiction is highly unlikely.

6
Amateur's History of Rock and Roll
4
Did any members of Katrina and the Waves have pet anteaters?
3
Why were so many classic rock musicians born between 1945 and 1950?
0
Is there any relation between Pixies' "Where Is My Mind?" and Aliotta Haynes Jeremiah "Lake Shore Drive"?
5
Why is a lot of Rock music focused on stuff like demons and Satan?
2
2008 Emo video, students wearing uniforms and white ceramic doll heads