What is the name of the musical instrument shown on the video? [closed]

Ask Question
Asked 7 years, 8 months ago
Modified 2 years, 5 months ago
Viewed 2k times
6
This question was closed because it is about identifying an artist, song, or genre of music, which is considered off topic It is not currently accepting answers.

Questions asking for music identification have been determined to be out of scope for the site as explained in this meta discussion. Questions like this may be asked in Music Fans Chat. If this is not an identification question, please help the user edit their question to make it clearer.

Here is the picture from the video: 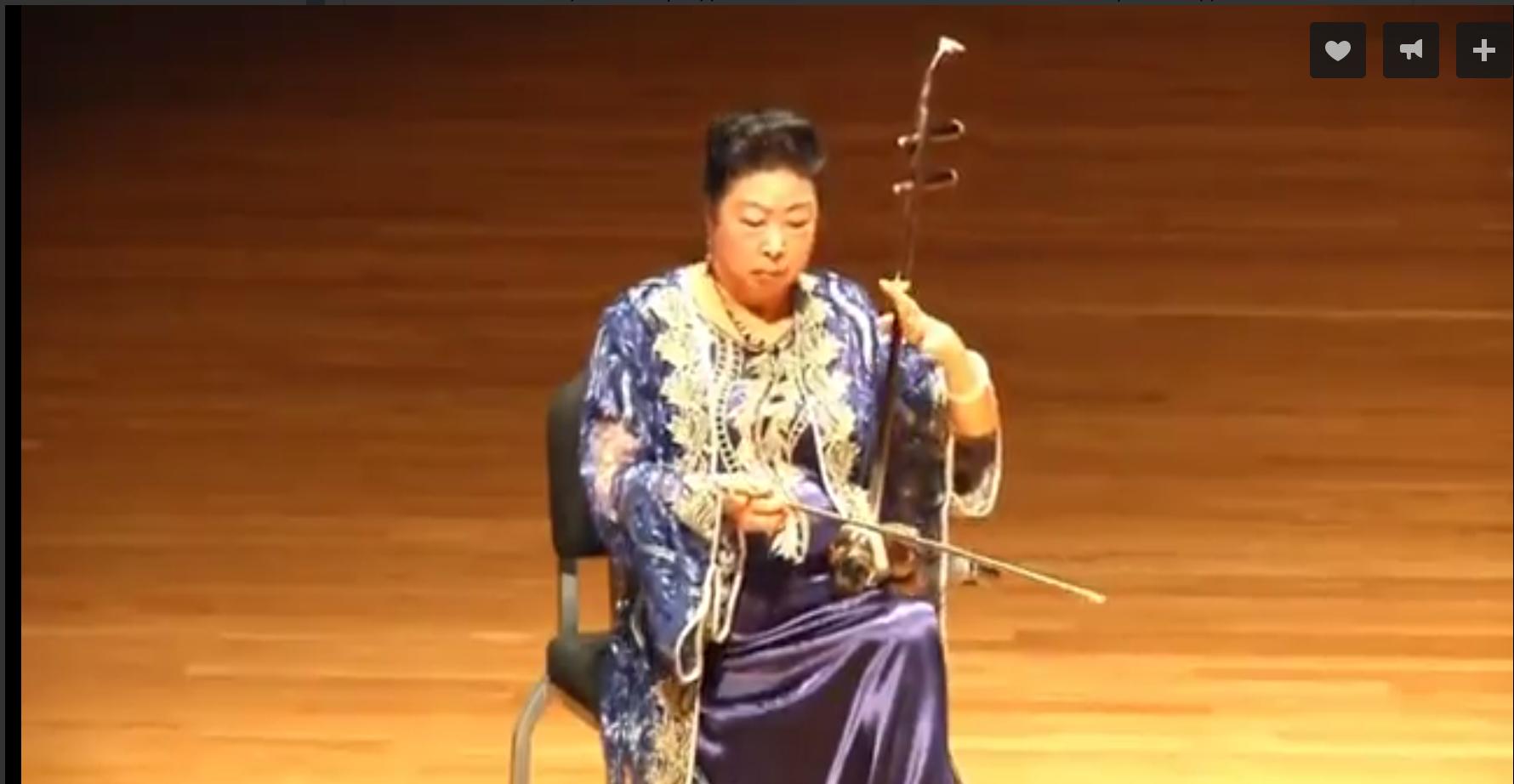 What is the name of the musical instrument shown there?

The erhu (Chinese: 二胡; pinyin: èrhú; [ɑɻ˥˩xu˧˥]) is a two-stringed bowed musical instrument, more specifically a spike fiddle, which may also be called a "southern fiddle", and sometimes known in the Western world as the "Chinese violin" or a "Chinese two-stringed fiddle". It is used as a solo instrument as well as in small ensembles and large orchestras. It is the most popular of the huqin family of traditional bowed string instruments used by various ethnic groups of China. A very versatile instrument, the erhu is used in both traditional and contemporary music arrangements, such as in pop, rock, jazz, etc.

Check out the 江河水 audio file on wiki, I think you'll find it's the same song as in the video.

5
What is the name of the musical instrument being played on the video? and we hear usually in churches?
1
What kind of dancing style is shown on AronChupa's Little Swing video?