Are the featured old people in Basement Jaxx's “Oh My Gosh” real?

I’ve wondered ever since I saw it if the two main old people (the lady and the man) in the video for Basement Jaxx’s "Oh My Gosh" are actually old or if they’re younger people in ageing makeup?

They move like young people! The supporting old people are obviously real.

The woman who personates the singing old black woman is Vula Malinga, who is the actual lead singer of the song. 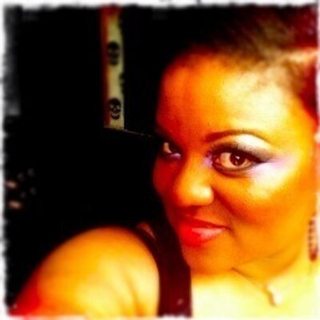 She was born in 1980, so she was 25 years old when the song was released, so yes she is disguised as an old woman.

I did not find anything about the old man, and he looks real to me.

EDIT: From an interview of Felix Buxton Leicester Mercury in April 2005:

Felix is up for a natter about their latest track. Or more specifically, the video. ( . . .)

“The video for Oh My Gosh is brilliant. The singer, Vula Malinga, she’s a real little actress. We told her it was going to be a love story in an old people’s home. And she thought she was going to be given something glamorous to wear. Then we handed her some old clothes and wrinkly tights.

“She was great. The man she was singing to took a real shine to her and phoned her about a week ago to ask if she wanted to go out with him.
“I think she declined.”

As the old man is refered as "the man" by Felix Buxton, we can assume he is not famous.

Also, note that according to Wikipedia

One of the dancers of the video was Deanne Berry, the dancer and fitness guru that previously famous for making her appearance on the music video of Eric Prydz's "Call on Me". In the video, she dressed as an old lady.

12
Who are those famous looking people in the video of Pink Floyd's brain damage?
3
Who are the dignitaries representing in the DJ Shadow / Run the Jewels 'Nobody Speak' video
3
How can artists make money when their albums and videos are free on YouTube?
1
Who are this 3 Judges in parody video of Bon Appétit?
0
Videoclip - monster chasing people, probably 90s