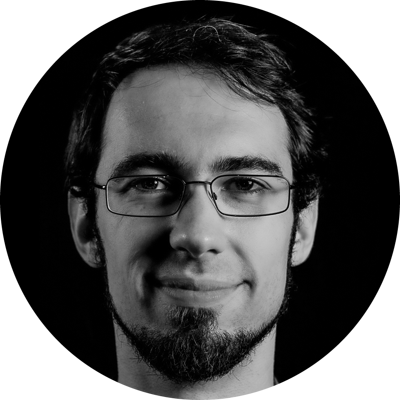 Sadly the music lessons at school were beyond catastrophic and any drive to make my own music had almost been annihilated. As a teenager, I had the wish to play an accoustic guitar but my parents were not supportive and I was not sure about it myself, so I gave up.

Only recently, inspired by several composers and guitarists on Youtube, I generated an interest for understanding and making music. In 2019, for a professional product demo video, I composed a nice little intro music for piano and it was well received. Not bad for the first composition, I've ever made. I learned more about music theory and in autumn of 2019 I started to play the electric guitar, and since learned a lot about music. Additonally, I began to study sound engineering.

I have started programming very early and have been fascinated ever since by the creative potential and speed of innovation in software development. To this day, after studying computer science, successfully graduating, and working as programmer for many years, I am still very glad I made this decision.

For a balanced life I take interest in a wide range of topics, including film making and photography, composing/playing/recording music and learning new languages.

I have gained some film making experience in a professional context, specifically with product videos.

Languages, which I speak, are German (mother tongue), English (IELTS Score of 8.0 / C1 level) and a bit of Japanese (only basics).