In pop, rock and blues guitar players very often use bending technique in their riff and solos. Much more rarely it happens in jazz music, where guitar players prefer other techniques (e.g. hammer-on...). Is there a particular reason for that?

It depends on the period of jazz history, and on the type of instrument the musician is playing.

Earlier jazz tended to make use of a hollow-body archtop guitar, which is acoustically very loud, but which has very little sustain, and which requires heavy-gauge strings, strummed or picked quite hard, to get a good sound. The hollow-body archtop guitar was originally designed and built to be an entirely acoustic instrument, and early jazz bands used them that way for strumming rhythm -- no pickup, no microphone, no amplifier. Bending notes on such a guitar is very difficult and does not work well. 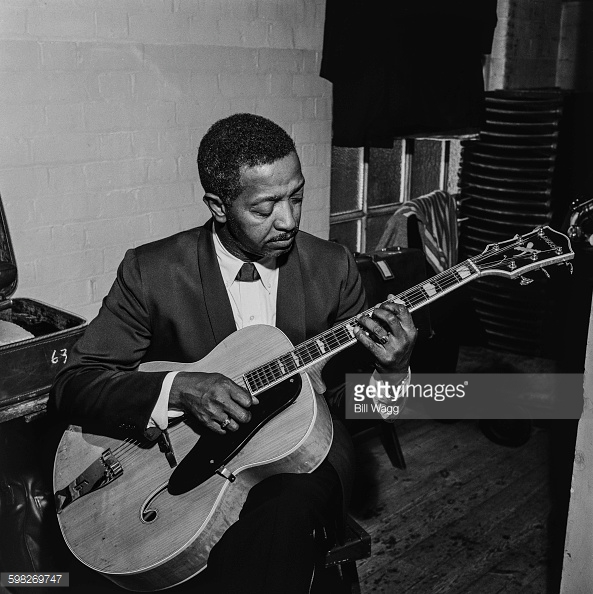 The great Freddy Green, of the Count Basie Orchestra, came up in the 1930s. He only ever strummed chords, and only ever played a completely acoustic hollow-body archtop guitar, with very heavy round-wound strings and high action, in the middle of a big band with horns. He never plugged in, and continued to play that way until his retirement at the end of the 1970s.

The hollow-body archtop guitar was the first kind of guitar to have a pickup attached to them, going all the way back to the late 1930s. But even after pickups were added, players tended to continue to use very heavy strings (and flat-wound rather than round-wound strings, which produce a very different tone) and the same playing techniques they used when the instrument was purely acoustic. 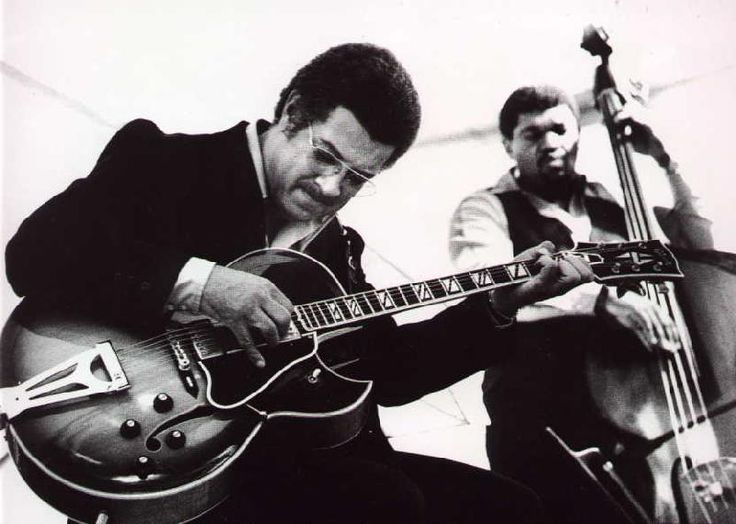 After the mid-1950s the solid-body electric guitar (Fender Stratocaster, Gibson Les Paul) and the semi-hollowbody guitar (Gibson ES-335) came into use in jazz, although many players to this day still use the older hollow-body archtop design. With solid-body electric guitars in jazz, players began to use the same light-gauge round-wound strings as the rock and country players, and to adopt some of their techniques in string-bending. A solid-body guitar with light-gauge round-wound strings enables playing notes with much longer sustain, and this in turn makes it feasible to hold notes longer and bend them. You can hear a lot of jazz fusion from the 1970s and 1980s where the players make use of string-bending. 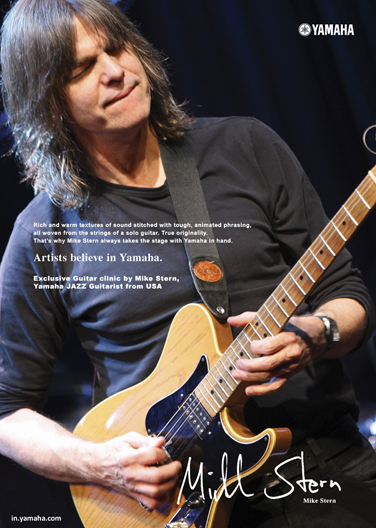 Mike Stern in the 80s playing a solid-body electric guitar with light-gauge strings, and bending them, too.

Since that era, much jazz guitar has gone back to a more traditional 1950s and 1960s approach, using the hollow-body archtop and much heavier strings. But you can find exceptions to the rule among different players in every decade.

It may come down to tradition, combined with historic technical limitations.

Guitar strings used to be considerably thicker than they are now, making them considerably harder to bend - I think it was Eric Clapton first got the idea of moving all the strings down one, discarding the low E string & substituting the top E with a thinner banjo string, allowing him to bend strings more easily.

As Jazz was pretty much well-formed by the late 60's that may simply have led to a stylistic reluctance to employ the new techniques being applied to rock music.

It may need a little investigation as to whether blues, also well-formed by that time, really employed bending earlier, or adopted it since… or if it was already used but less-frequently, or by particularly strong players.
In later years, Stevie Ray Vaughan was well-known for being able to bend strings like iron bars with little apparent effort.

It may, of course, be that Clapton was listening to blues players already bending & just wanting to make life a little easier. I very much doubt he could be credited with inventing bending ;-) he was just struggling to do it as much or as well as he would like.

I've been a jazz saxophonist for 35 years, and am recently self-taught on jazz guitar. I mainly play chord-melody, but also do some single-note soloing as well. I tend to doubt the accuracy of some of the other posts here, but I can tell you with good authority the reason jazz guitarists in general don't bend notes (I'm talking about real, straight ahead jazz, mainly bop and swing, not fusion, blues, "smooth jazz" or other rock/pop influenced and commercially watered-down varieties).

Here it is: The modern jazz guitar solo style started with Charlie Christian in 1939, and the breakthrough that he made was to use the amplified guitar to play horn-like lines so the guitar could stand on it's own (volume-wise) as a solo instrument alongside the sax and trumpet front line, something that had never been done before. Unlike the (mainly) chorded, unamplified guitar solos that occurred in jazz up until then, Christian played long, looping boppish single-note lines in the manner of a saxophone. This adaptation of the guitar to emulate horns did not include bends simply because most horn players did not (and still do not, especially modern players) bend notes. Although it's easy to do on a guitar, it's much harder on a horn, especially a sax. (Besides this, the innovations of bebop included playing very FAST and clean. You can't play fast flurries of notes and have time to bend anything, even if you wanted to!)

The jazz guitarists who followed Christian (virtually all of them) continued this practice of trying to sound like a sax-- clean and precise with no bends. I've never heard Joe Pass bend a note! This continued to the current day.

Another poster here mentioned that jazz guitarists tend to use heavier gauge strings, which are harder to bend. Heavier gauge strings give a louder acoustic sound, provide a richer, fuller tone, are easier to intonate and stay in tune longer, but have nothing to do with jazz players not bending notes. Once the electric guitar became established as a viable jazz solo instrument (early-mid 1940's), it worked its way into blues, r&b and later rock & roll, and THOSE players expanded the amplified guitar's sound palette to include not only bends, but distortion and other sound effects achieved not only with the guitars themselves, but by use of electronic gadgets.

So while blues, r&b and rock guitarists bend, distort and use all kinds of echo, chorus, flange, fuzz and other effects (to the point where the original timbre of the instrument is all but completely obliterated), pure jazz players like to stick to the original formula of keeping it clean, straight and no frills, so it still sounds like a guitar! In fact, the best jazz guitars have carved tops, which allows the instrument to vibrate freely and thus add a measure of acoustical warmth to accompany the sound of the electronic pickup.

All other answers have good points. No one has yet mentioned the wound 3rd in most jazz string sets (either flat wound or round wound) is very hard to bend compared to an unwound 3rd.

Not the answer you're looking for? Browse other questions tagged jazz or ask your own question.

11
Why is the word “blue” so commonly used everywhere in Jazz: from lyrics, song titles, to record label names?
3
Why is Kenny G so hated among jazz musicians? Are there objective reasons behind the hate?