Piano arrangement identification from one measure of sheet music

On Music.SE, someone posted a question about how to play a particular piano piece. The piece appears to be in 12/8 time and E-flat major, and looks extremely awkward to play. The author of the question mentions "the arranger", so I suspect the piece may not have originally been for solo piano, which might explain why the voicing is so awkward.

I've tried the sheet-music-search tool on IMSLP and another music-search tool I found via Google to no avail. I am dying of curiosity, because, frankly, I simply can't imagine why anyone would write what's written there, and yet it looks rather nicely engraved, and someone is making a legitimate effort to learn it.

Does anyone recognize this piece? 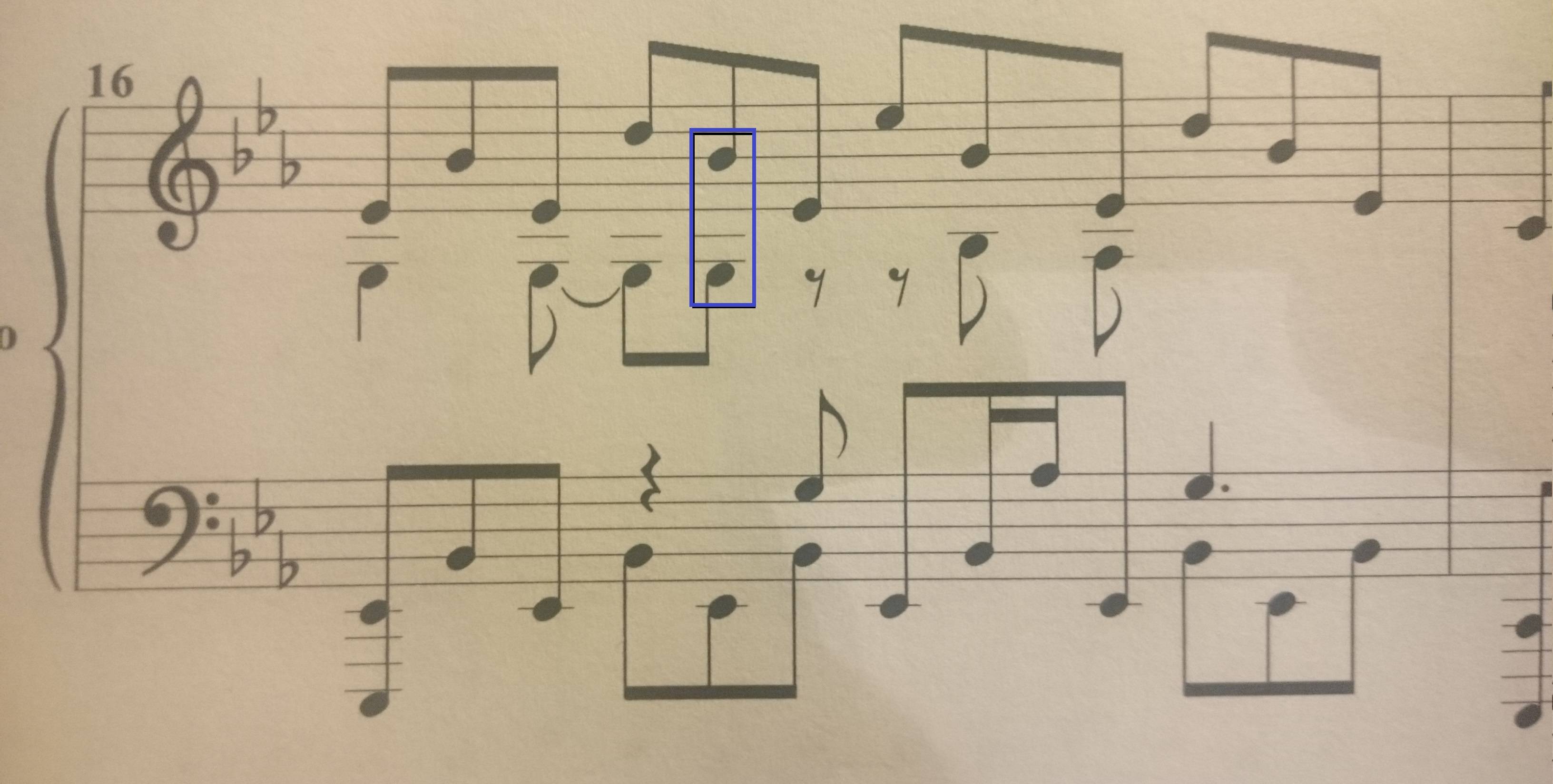 I've tagged the question as "classical-music" because the piece at least appears to be emulating a classical idiom somewhat, but I'd actually be somewhat surprised if it's a "real" classical piece by a known composer, at least in its solo-piano form.

The OP of the Music.SE submission provided an answer in the comments there, so I'll share it here to at least take this post off of the "unanswered questions" list:

The piece is an arrangement (by Vika Yermolyeva) of System of a Down's "Toxicity."

Not the answer you're looking for? Browse other questions tagged identify-this-song classical-music piano or ask your own question.

7
What online resources are available for identifying songs from audio or score?

1
Piano piece from Jay Chou movie
1
Identify Chopin Prelude or Rondo from sheet music snippet
3
Familiar Sheet Music Identification!
2
Sheet music puzzle from the Church of Higher Truth website
2
What is the most accurate and if available complete book of beatles sheet music for piano and/or guitar?
1
Song identification with piano & bass sequence
1
From which Chopin piece is this sheet music?
1
Can anyone Identify this Piano Music?